You’ve likely heard the great debate concerning the use and hygiene of paper towels compared to electric air dryers. However, although there have been many articles on the topic recently, and even an episode of Mythbusters back in 2013, the study results aren’t as clean as one might think.1

But let’s start with the aspects of the experiment which have had consistent results. Due to the microscopic size of bacteria, contamination can be spread easily by touch and through the air. We don’t want to alarm you, but even flushing a toilet results in a fine mist of, well, everything that was in there spraying out in tiny particles over the vicinity. So when it comes to drying one’s hands, air dryers have been shown to be less hygienic inasmuch as they also blow bacteria through the air. Depending on its strength, an electric hand dryer can spread bacteria over an area of 3 to 6 ½ ft. To make matters worse, without a proper filter, hand dryers may actually suck up that toilet spray and dump it directly onto your hands. This kind of transmission through the air is negligible when using paper towels. Of course, it’s worth noting that airborne bacteria from a hand dryer is the least of your problems if the bathroom isn’t being cleaned properly and regularly in the first place. 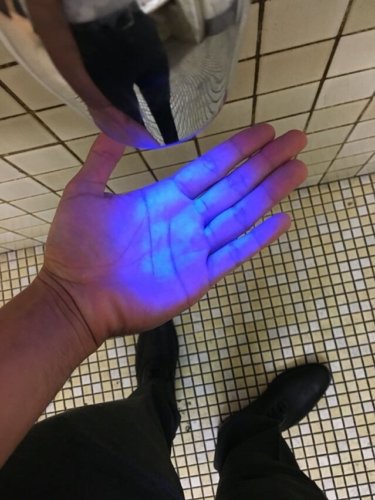 The less conclusive tests were those focused on the bacteria actually present on the user’s hands after washing and drying. In some experiments, paper towels were found to be far more effective in removing bacteria, while others found the exact opposite. The reason for this wasn’t a failure of the scientific method, but a difference in how each drying method was used. It turns out that realistic use of paper towels is difficult to consistently replicate in an experimental setting. However, even these conflicting results produced useful information. Bacteria lives and spreads best in wet and warm environments, which means that the important thing is completely drying one’s hands, one way or another. Hand dryers with hot air may dry hands faster, but if you quit before you’re done, the result is warm, moist hands – an ideal bacterial garden. Furthermore, it was found that rubbing one’s hands together to dry them faster actually increased bacterial contamination, both on the skin and in the air, possibly as a result of bringing existing bacteria in the hands to the surface.

So which is better? It depends.

Keeping your hands clean – WINNER: Hot air dryer with UV light, but only if you don’t rub your hands together and wait the 30 or so seconds it takes to completely dry them.

Keeping your hands clean, conveniently – WINNER: Paper Towels, due to faster drying time and potential to use them to avoid re-contamination on door handles.

1. According to studies reported by Mayo Clinic.