MECHANICSBURG, PA (January 4, 2022) – Bortek Industries, Inc., a Pennsylvania-based distributor of cleaning and environmental equipment solutions has joined Rahal Letterman Lanigan Racing (RLL) team as an associate sponsor in a multi-year deal beginning with the 2022 NTT INDYCAR SERIES season. The company logo will be featured on the No. 30 entry and transporter for rookie sensation Christian Lundgaard as well as his race suit.

“Our involvement with the race team all started with Bobby Rahal Automotive Group, whom we’ve been in business with for over 20 years,” added Jeff Boarman, President of Bortek Industries, Inc. “I’ve always admired the leadership and the culture of the group of dealerships and the excellence they pursue. The more I was exposed to the race team, I saw the same culture and a team that is growing and investing in itself and continuing to align with blue-chip brands. I was born in Indianapolis, am a third-generation fan of the Indianapolis 500 and have wanted to be involved with INDYCAR my whole life so it was a natural fit. For me, it’s great that there is a presence with both Bortek Industries and the Bobby Rahal Automotive Group dealerships in Pennsylvania, and in INDYCAR. Being associated with RLL and Bobby Rahal in particular, puts us on a whole new level in our pursuit of excellence.” 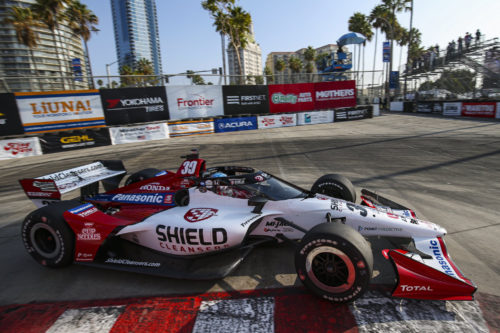 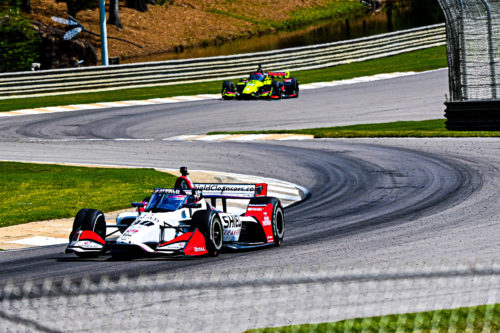 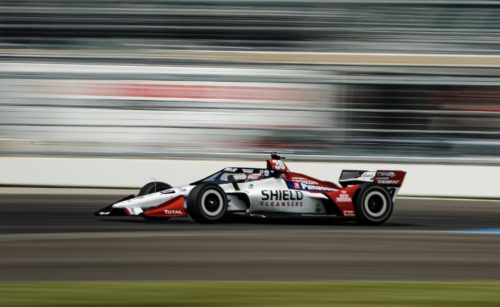 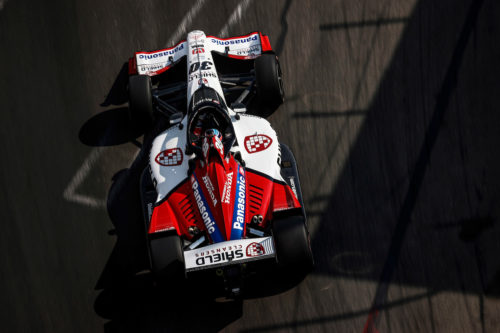 “I was introduced to Jeff (Boarman), the president of Bortek Industries, Inc. through one of my partners at our Honda dealership in Harrisburg, Pennsylvania and we are excited to have them become a partner of our race team,” said Bobby Rahal, co-owner of Rahal Letterman Lanigan Racing with David Letterman and Mike Lanigan. “Jeff came to a few races last season and had a chance to see our operation and get an inside look at the sport. We already knew about Bortek, having been a user of their products at our dealership so it is exciting to take the relationship to a whole new level. Bortek has been involved with other types of racing, so we are pleased they partnered with us to get involved with INDYCAR racing.”

The 2022 NTT INDYCAR SERIES season begins with the Firestone Grand Prix of St. Petersburg on February 25-27. The 17-race schedule includes 13 races broadcast on NBC, with the remaining races on Peacock and USA Network. For more information about the series or team, visit www.indycar.com and www.rahal.com.

Additionally, we offer BortekRecon™️ which provides equipment refurbishing services, BortekRents™️ provides concierge rental services, and Bortek SureClean®️ provides turn-key leasing services including maintenance and repairs in one monthly payment. Bortek Industries, powered by the collaborative efforts of our expert team and select manufacturer partners, are driven to create innovative, value-added solutions for a cleaner, safer, and healthier workplace and environment. Learn more about Bortek at www.bortekindustries.com

About Rahal Letterman Lanigan Racing
Rahal Letterman Lanigan Racing, based in Hilliard, Ohio and Brownsburg, Ind., is co-owned by three-time IndyCar Champion and 1986 Indianapolis 500 winner Bobby Rahal, former CBS Late Show host David Letterman and Mi-Jack co-owner Mike Lanigan. In 2022, the team begins its 31st year of competition and will attempt to add to its 29 Indy car wins – including the 2004 Indy 500 from pole with Buddy Rice and the 2020 Indy 500 with Takuma Sato — their 33 poles, 108 podium finishes and 1992 series championship. The team also competed in the American Le Mans Series from 2009-2013 as BMW Team RLL where they won both the Manufacturer and Team Championships in the GT category in 2010 and swept all three GT titles in 2011 – Manufacturer, Team and Driver. In 2012, the team finished second in the Team Championship and third in the Manufacturer Championship and in 2013, the team finished second in the Driver, Team and Manufacturer Championship. From 2014-2021, BMW Team RLL competed in the GTLM class of the IMSA WeatherTech SportsCar Championship with a two-car program and brought their total to 22 wins – including the 2019 and 2020 Rolex 24 at Daytona endurance races, 28 poles and 91 podium finishes as well as a second-place finish in the Manufacturer, Team and Driver championships in 2015 and 2017. The team was also the 2020 Michelin Endurance Champions. For 2022, BMW M Team RLL will compete in the GTD Pro class while simultaneously ramping up for a two-car program in the much-anticipated LMDh class of IMSA for 2023.